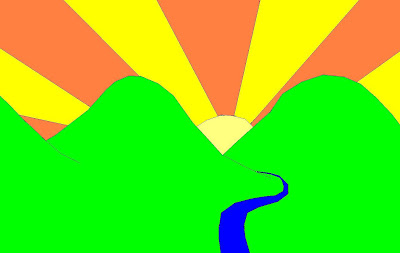 The drawing wall
By Appreciable Goodfaithpoet

In my Father's childhood home, there was a wall in the house that the children were permitted to draw on. When my Dad told us about this wall, we decided that we wanted a wall like that in our house as well. I shared a room with two brothers and we were delighted when Permission was granted for the east wall in the bedroom to become "The drawing wall." One Christmas, I received a camera as a gift. I felt so grown up to have a camera with real film. After photographing my Christmas gifts and snapping pictures of my teenage sisters (who were still asleep in their beds and had not yet fixed their hair or applied make-up.) I was looking for another subject to capture on film, and decided to take a picture of the drawing wall. The wall was eventually torn down to make room for an expanded closet. I am so thankful for the picture I took that Christmas, after I received my first camera. That picture brings back so many wonderful memories. How funny, that at the time, I was just looking for something to shoot with my new camera. The picture of the drawing wall is now worth more to me than the camera itself. That picture reminds me of a time of innocence in my youth. This is a time that I love to return to, even if it is only in my memory. I am thankful for the photograph of the drawing wall because it makes it so easy to remember a time when I was certain that I was someone extraordinary. I believed at that time, that I was someone who was destined to become the greatest (And highest paid) artist that the world had ever known. In the eyes and mind of a child, there is so much wonder, excitement and optimism! These emotions are made visible to me once again as I look at the picture of the drawing wall.
Inscribed by appreciable at Thursday, August 21, 2008

You should post the picture. I think that would be really cool.