I woke up late last night to the commotion of a myriad of police in SWAT uniforms surrounding my house. I could see them because the moon was exceptionally bright and they were just below my window. Fear crept into my mind and I slowly arose. I stealthily walked to the front room, where I could see the dark vans on the street and four more SWAT team members crouched near the front of my house. I ran through all my past crimes and couldn't think of anything that would bring the SWAT team to my house. I wasn't sure what I should do since I knew they were coming. Should I unlock the door, or lay down on the floor? 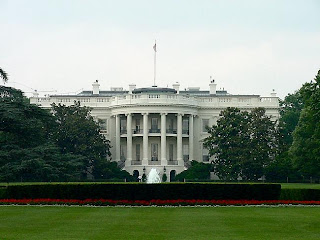 Here is a picture of green grass like I have in front of my house.

There was a loud bang and the SWAT team started running. Turns out they weren't hunting for me, they were hunting the new next door neighbors. SWAT hauled them off to jail for drugs.

I write this story with the following caveats: 1. I was actually at a friend's house, 2. the picture I have used has nothing to do with where I live.

The AFP has done the same thing on a story of the Fundamentalist Church of Jesus Christ of Latter-day Saints (FLDS), a splinter group that formed some hundred years ago.

They are not related to The Church of Jesus Christ of Latter-day Saints (LDS) or the Mormons.

The AFP has a story that shows the LDS Mormon Salt Lake City Temple and then a second image that shows FLDS leader Warren Jeffs in court. The caption on the LDS Mormon Temple reads "A statue of Brigham Young, second president of the Church of Jesus Christ of Latter Day Saints". The second picture has the caption "Warren Jeffs is serving a life sentence for being an accomplice to rape". At least CNN got more of the story right, no wonder Agence France-Presse (AFP) isn't viewed as a credible source for information. The AFP does mention the story is going down in Fort Worth, TX, but they fail to mention the Salt Lake City Temple has nothing to do with their story. Here is the first and second picture from the AFP website. 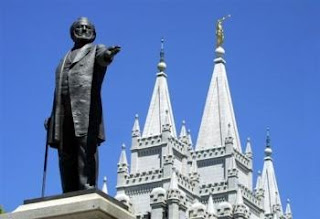 The strange thing is that they AFP forgot to include the actual picture of the FLDS Temple in Fort Worth, TX. Shame on the AFP for this misleading reporting. Just like I associated the White House with the SWAT team tactical entry using the picture above, so the AFP has associated the The Church of Jesus Christ of Latter-day Saints with Warren Jeffs the polygamist leader.

What the AFP meant to show was this picture of the FLDS temple in Texas. The AFP has a long way to go to become credible. 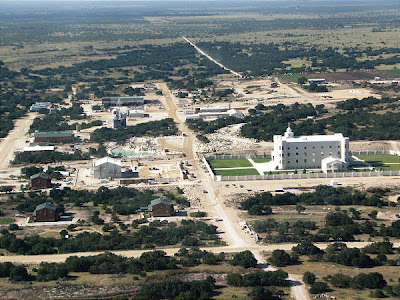 Inscribed by Fleeting_Thoughts at Sunday, April 06, 2008

It is interesting to me that sometimes these mistakes are honest accidents. In some cases, however, these misleading "errors" show the agenda of a news organization very clearly.