Honoring Ancestors - Mormon Rituals, Jewish Heritage, and why no one should be offended

Mormons perform baptisms for those that have died.

Every so often in the news we see an article about how angry some religious individuals become by the Mormon practice of having adherents act as proxies for their ancestors. Specifically in being baptized for their predessor and granting them, according to Mormon doctrine, the opportunity to accept or reject Mormonism before the final judgement and receive the fullest reward Mormonism offers.

In sundry articles authors quote various religious leaders speaking out against Mormon baptisms for the dead. A sample follows:

"From the founding of their religion in 1830, Mormons have respected Judaism as a religion. Thus in 1994, Jews were outraged when it became known that members of [the] LDS [Church] were posthumously baptizing Holocaust victims and other Jewish dead. Many followers of Judaism find the practice highly offensive, something akin to the forced baptism of Jews practiced for centuries in Europe during the Middle Ages... The wrongful baptism of Jewish dead, which disparages the memory of a deceased person is a brazen act which will obscure the historical record for future generations."

I find it interesting that Mr. Kouchel implies that in 1994 Mormons stopped respecting Judaism? Such is not the case. The Church does in fact publish Jewish Family History Resources. The House of Israel, the Pentateuch, and other Jewish authors and scholars are regularly admired and spoken of in Mormon doctrine.

The practice of baptism for the dead has been around since the early organization of the LDS faith. The question I think Mr. Kouchel should answer is what happens to those not of his faith in the after life? Does it sound intolerant of him to categorically state that just because his religion doesn't make allowance for such that no other religion should make allowance for the deceased as well? I am not sure. The variety of world religious views may be a source of friction for a long time. But the difference will not cause a rift between Jews and Mormons.

I am not a Jewish scholar and I will simply write out the following questions in hopes someone with a Jewish perspective might answer them:

Mr. Kouchel goes on to describe one of his major issues is the obscuring of the historical record for future generations. In this he does err.

As a user of FamilySearch.org and other LDS family history libraries one can easily tell whether one was baptized during their lifetime or whether they were baptized by proxy. No, I do not believe posterity will be mixed up or confused by Mormon databases.

Do I reject my six ancestors because they were of a different religion when they arrived in America on the Mayflower? Of course not, however, I would have loved to read their personal history's to find out their beliefs, thoughts, and how they approached life using their religion. I suspect we might not be so different. The "Mormon databases" do not include those details. If you want them included, you'll have to write them down yourself.

In conclusion, Mr. Kouchel claims to know what the dead want. Specifically he states "We don't want to be saved, redeemed, forgiven, reincarnated, resurrected, or enraptured. We just want to be left alone." If Mr. Kouchel can tell what the dead want, why can't Mormons tell as well? But more importantly, the LDS Church has a different world view than Judaism and Mr. Kouchel nailed it on the head when he said, "[Family History databases with proxy baptism entries] do not reflect changes in religious choice or practice of our deceased ancestors." 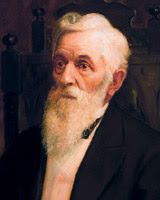 Per LDS thought, the decision to accept proxy baptism is left to the agency of those deceased persons. However, Mormon doctrine specifies that baptism must occur in the flesh. Thus, baptisms for our ancestors performed by proxy in the flesh may be accepted (but as Mr. Kouchel points out, also rejected) by those for whom it was performed. Lorenzo Snow, a Mormon prophet, said, "When we go back into the other life and find our dead friends living there, if we have not performed the labor that is necessary for their exaltation and glory we shall not feel very happy and it will not be a very pleasant meeting." Mormons believe baptisms performed for their ancestors are a sacred integral part of their worship of a generous, merciful God that cares for all the generations of humankind, not only those born into their faith.

My final question: Should a religion that claims all are the children of God not have some provision for those not of their faith? What does your religion do for those that never had an opportunity to accept your faith?

Inscribed by Fleeting_Thoughts at Friday, July 03, 2009

I enjoyed this article very much! Well done! I agree completely that the practice of Baptism for the dead, in the LDS Church, should not be cause for alarm or offence to our friends of other faiths.

1-Is it true that birth has a lot to do with being Jewish? How much weight is placed on being born Jewish as opposed to converting to Judaism?

The answers to these questions are not as simple as one may think when starting to research the answers to these questions. Prior to reading your questions, I was under the impression that the Jewish People were all of the same denomination. After further investigation, I found that there are several distinctly different forms of Judaism that are currently practiced. So the answer for many of your questions is, “well, that depends on the Jewish denomination to which you are referring...”

My answers therefore will not be comprehensive, (however, they do say that brevity is the soul of wit.)

A Jew is anyone born of a Jewish Mother or converted to Judaism. (Or in some denominations – anyone born to a Jewish Mother or Father, if they were also raised with a Jewish Identity.) If a person becomes a Jew, under the supervision of an authority in the faith, after testing their knowledge and sincerity, they are called a son or daughter of Abraham and are thought of as being adopted into the family of Abraham. Allowing people to convert to Judaism was discouraged during the time of the Savior, however, all forms of mainstream Judaism today are open to converts. I knew a man in our ward who converted from being a member of the LDS Church to Judaism. There has been a shift during the last few decades in the belief that once someone is a Jew they are always a Jew (even if they joined another faith.) This shift has taken place mostly for political reasons in Israel in order to settle citizenship questions. This issue is one that is far from settled and it re-surfaces from time to time in Israeli politics.

2-I know people convert to Judaism that do not have Jewish roots. Are they adopted into the Jewish faith, and if so, what of their ancestors?

As far as I can tell the ancestors are not adopted and are on their own.

3-What are the rites, procedures, or processes for one to convert to Judaism? Can these be performed, inherited, or spread to ones ancestors and/or desendants?

In some Jewish denominations an ordained Rabbi with special legal training oversees the conversion to the faith. After the requirements for knowledge and sincerity have been achieved it depends on the denomination whether the new convert would need to be circumcised or not. There are conservative (or orthodox) denominations and liberal (or progressive) denominations. Some denominations, for example, allow a woman to be a Rabbi and some do not.

4- Should a religion that claims all are the children of God not have some provision for those not of their faith? What does your religion do for those that never had an opportunity to accept your faith?

I believe that every religion that teaches about a loving God must, out of fairness then also believe that there must be a way for the love and mercy of God to extend to all of his children. As far as I can tell, the Jewish faith does no more for those who never heard the Law and the Prophets than our Christian brethren of different denominataions.