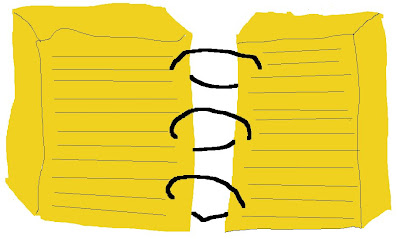 During scripture study the other night I said, "See my ring? It is made of gold, and gold is worth a lot of money. What were the Plates made out of that the angel Moroni gave to Joseph Smith?" "Gold!" said my Daughter. "That's right", I said, "And if they were made of Gold they would be worth a lot of money. Do you think people would want to get them? Yes, that is why the Angel Moroni told Joseph Smith to keep them safe."
My Daughter then said, "Jesus could tell him to put them up really, really high so no one could get them."
I said, "That is a good idea. You are very smart."
My Daughter then replied, "That is because I think so fast."
Inscribed by appreciable at Thursday, June 25, 2009