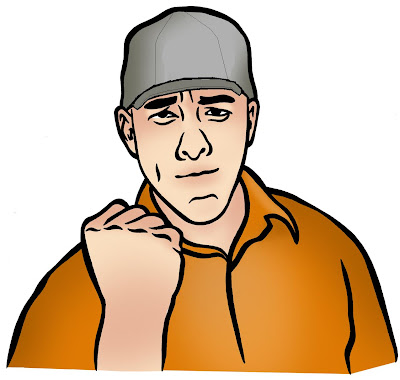 Here is a little more inspiration and humor for you…

When I was a scout we went on a 50-mile hike. On the third day we camped in a very rocky area. There was limited space to set up a tent. The scoutmaster set up his very large tent on the only level smooth area for what seemed like miles. (I had a one man tent that I was determined to sleep in even though the large tent could have held us all.) In order to accomplish my desires I had to walk up the hill about 100 yards to find a level spot. After an hour of hard work digging large rocks out of the ground I had made it comfortable enough to sleep on.

During the night as I slept in my one-man tent I somehow ended up down in the bag with the opening folded underneath me. I woke up trapped in my sleeping bag and had a flashback to the bravery tent incident. I began screaming for help. The Scout Master, upon awakening, assumed that I was being attacked by a mountain lion. My worried Scout Master grabbed the axe and charged lickety-split up the rocky hill barefoot and in his underwear. A few moments before he arrived I struggled free, took a deep breath and realized what had happened. I heard him huffing and puffing up the hill and was struck with a different kind of terror. When he reached me I said weakly, "Never mind." He began to curse bitterly, turned around and hobbled down the hill. I found out later that I was lucky he didn't use the axe on me.

From these experiences I have learned just how important unity is (or at least how important it is to stay with the group). To this day my Scout Master hasn’t been able to laugh about this story. I believe that his feet may have been a little sore for the remaining 25 miles of the trip. Such is the power of an innocent flashback.

I hope that you have a wonderful day!

P.S. (The following Scout Song Lyrics, can be sung to the tune of the Battle hymn of the republic. If only these lyrics were true in every case.)