The Church of Jesus Christ of Latter-day Saints selected a new President today. 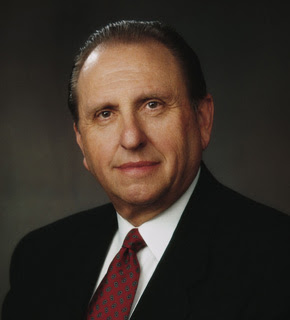 President Monson served as president of the Church’s Canadian Mission, headquartered in Toronto, Ontario, from 1959 to 1962. Prior to that time he served in the presidency of the Temple View Stake in Salt Lake City, Utah, and as a bishop of the Sixth-Seventh Ward in that stake.

Welcome, President Thomas S. Monson, I look forward to hearing and learing more from you.

Born in Salt Lake City, on August 21, 1927, President Monson is the son of G. Spencer and Gladys Condie Monson. He attended Salt Lake City public schools and graduated cum laude from the University of Utah in 1948, receiving a degree in business management. He did graduate work and served as a member of the College of Business faculty at the University of Utah. He later received his MBA degree from Brigham Young University. In April 1981, Brigham Young University conferred upon President Monson the degree of Doctor of Laws, honoris causa. He was given the honorary degree, Doctor of Humane Letters, by Salt Lake Community College in June 1996. He received the Honorary Doctor of Business from the University of Utah in May 2007. He is a member of Alpha Kappa Psi, an honorary business fraternity.

President Monson served in the United States Navy near the close of World War II. He married Frances Beverly Johnson on October 7, 1948, in the Salt Lake Temple. They are the parents of three children.

Professionally, President Monson has had a distinguished career in publishing and printing. He became associated with the Deseret News in 1948, where he served as an executive in the advertising division of that newspaper and the Newspaper Agency Corporation. Later he was named sales manager of the Deseret News Press, one of the West’s largest commercial printing firms, rising to the position of general manager, which position he held at the time of his appointment to the Quorum of the Twelve in 1963. He served for many years as chairman of the board of Deseret News Publishing Co. President Monson is a past president of Printing Industry of Utah and a former member of the board of directors of Printing Industry of America.

With his broad business background, President Monson served for many years as a board member of several prominent businesses and industries. He currently serves as a trustee of Brigham Young University and the Church Board of Education.
Since 1969 President Monson has served as a member of the National Executive Board of Boy Scouts of America.

President Monson has held membership in the Utah Association of Sales Executives, the Salt Lake Advertising Club, and the Salt Lake Exchange Club.
For many years, President Monson served as a member of the Utah State Board of Regents, the body which governs higher education in the State of Utah. He also served as an officer in the Alumni Association of the University of Utah.
In December 1981, President Monson was appointed by President Ronald Reagan to serve on the President’s Task Force for Private Sector Initiatives. He served in this capacity until December 1982, when the work of the task force was completed.
President Monson was awarded the University of Utah’s Distinguished Alumnus Award in 1966. He is also the recipient of the Boy Scouts of America’s Silver Beaver Award (1971), its prestigious Silver Buffalo Award (1978), and international Scouting’s highest award, the Bronze Wolf (1993). In 1997 he received the Minuteman Award from the Utah National Guard, as well as Brigham Young University’s Exemplary Manhood Award. In 1998 he and Sister Monson were each given the Continuum of Caring Humanitarian Award by the Sisters of Charity of St. Joseph Villa. 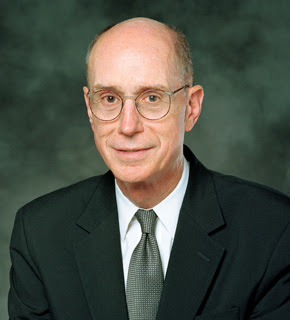 President Eyring was president of Ricks College in Rexburg, Idaho, from 1971 to 1977. He was on the faculty at the Graduate School of Business at Stanford University from 1962 to 1971.

Born in Princeton, New Jersey, 31 May 1933 he has served the Church as a regional representative, a member of the general Sunday School board, and as a bishop.

Elder Eyring is married to the former Kathleen Johnson, and they are the parents of four sons and two daughters. 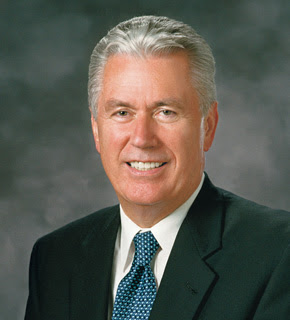 Elder Uchtdorf was born on November 6, 1940 in then Mährisch-Ostrau, Czechoslovakia, to Karl Albert and Hildegard Else Opelt Uchtdorf. He was raised in Zwickau, Germany, where his family joined the Church in 1947.

He studied engineering and later continued his education in business administration in Cologne, Germany, and international management in Lausanne, Switzerland. Elder Uchtdorf joined the German air force in 1959 and received his pilot wings in Big Spring, Texas, and fighter pilot training in Phoenix, Arizona.

In 1965, Elder Uchtdorf joined Lufthansa German Airlines as a pilot. He worked as an airline captain from 1970 to 1996, flying multiple types of airplanes and completing his career flying the B747. He held several executive positions, including head of the airline pilot school, director of in-flight services, and head of cockpit crews. At the time of his call as a General Authority, he was the senior vice president of flight operations and chief pilot of Lufthansa German Airlines. He was also chairman of the Flight Operations Committee of the International Air Transport Association. He has served as a board member for several government and business executive committees.

Elder Uchtdorf married Harriet Reich on December 14, 1962. They are the parents of two children. Since his call as an apostle, Elder and Sister Uchtdorf now have their permanent home in the United States.

Elder and Sister Uchtdorf love to travel. They have visited most parts of the world. They enjoy hiking, dancing, classical music, and spending time with their children and grandchildren, who all live in Europe.

This is the entire news conference announcing the new President and Counselors (about 45 minutes).

I've included a list of the questions, the video is below.
1. Bob Evans Fox 13 News
Describe to us the feelings that came over you when you realized this position was now falling on you?

3. Ekoyea Oyamata BYU Broadcasting
1971 created The Genesis Group to reach out to black converts and also to reactivate those descendants of black pioneers who felt disenfranchized... As a worldwide Church what are your thoughts on training leaders in diversity?

4. Carol Mikita KSL TV Channel 5 News
In 1985 temple dedication in Germany, talk about the bold statement The Church of Jesus Christ of Latter-day Saints made then and its connection to Europe?

5. Jessica Raffets Salt Lake Tribune
President Monson, how is your health and do you plan to travel as much as President Hinckley?

6. Howard Burkus National Public Radio
What would you say to a Mormon woman who wants an education for more than if her husband dies or she gets divorced?

8. Jenny Brundin KUER
Are you commited to continuing the openness and friendly relationships with the media?

10. Eric Gorskie Associated Press
President Hinckley tried to bring the Church into the main stream of American life, but polls show people still have qualms about the faith. How do you view the Church is viewed, and what you think you should do?

11. Jennifer Dobner Associated Press
Where will the Church go, what are your greatest challenges?

12. Nate Eaton KDIT Idaho Falls
Do you plan to continue expanding Temple building across the world?

13. Daniel Carrio Univision
Perpetual Education Fund, what is your message of hope to third world countries?

14. Chris Van Oaker ABC 4 News
You have an affection for birds, burnt almond fudge ice cream, and the color yellow. Can you comment on those?

15. Carrie Moore Deseret Morning News
Concern whether Utah born leaders know enough about the international Church to work to include others?

16. John Hart LDS Church News
What is your comment on those that are less active?

17. Bob Evans Fox 13 News
There is a lot of work, what will be the first matter the First Presidency will need to address?

*If the video above does not work for you, follow this link.

Inscribed by Fleeting_Thoughts at Tuesday, February 05, 2008